The blog-publishing service Blogger (*.blogspot.com) is blocked in Lebanon on the 3G networks of both mobile operators, Alfa and Touch. The Ministry of Telecommunications’ continues to block websites without warning, which constitutes a violation of citizens’ right to free expression and access to information.

On June 2, we were alerted through a Facebook post  that a recent blogpost was not accessible on 3G networks, which the user assumed was due to a technical issue. However, the published article was accessible on DSL networks.

Blogger, which is owned by Google, is a platform that allows users to create their own blogs. We tested the .blogspot domain accessibility in Lebanon using OONI probe, an internet measurement tool, and found that *.blogspot.com host has been blocked.  Like many other websites blocked in Lebanon — including, weirdly, the Jack Daniels website — the reason for the blocking of *.blogspot.com is neither evident nor published by the MoT or the operators. 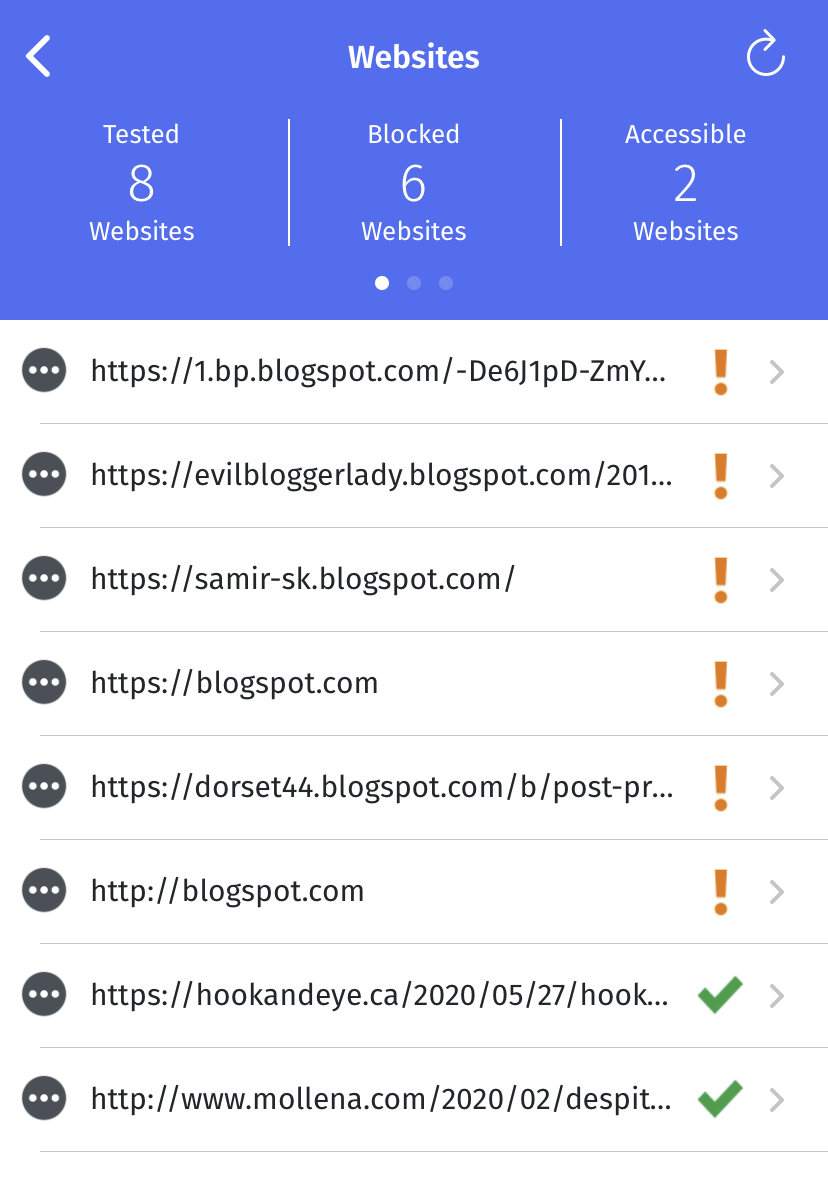 Website and domain blocking has become a more frequent occurrence in Lebanon. In April, the Lebanese General Prosecutor ordered the MoT to compel all internet service providers to block 28 exchange rate applications, which, it claimed, were spreading false information about the “unofficial” exchange rate between the dollar (USD) and the Lebanese Lira (L.L). This blocking process inadvertently blocked Google Firebase services, which many entrepreneurs rely on. The Ministry of Telecommunications fixed the issue a couple of days later.

In January 2019, Grindr, a popular online dating application used by members of the LGBTQI community, was blocked on the 3G and 4G mobile data networks of Alfa and Touch. Then, in November 2018, the authorities ordered, without any prior notice to businesses, the blocking of the online website building platform, Wix — an Israeli online company that provides web hosting services.

There is also a lack of transparency from the government and ISPs around website blocking, particularly the legal procedure followed in carrying it out. SMEX has repeatedly called on the MoT, Alfa, Touch, and Ogero, the national DSL provider, to publish a list of all the blocked websites. In a tweet to SMEX, Ogero’s chairman pledged to publish this list. However, they have failed to do so thus far.

Website blocking is not new to Lebanon, and the number of blocked websites in the country is extensive. SMEX documents these blocked websites here, and welcomes additions from the public. We also encourage users to test these websites through their ISPs.  Post a comment with your update in the Google sheet, and make sure to mention your ISP when you do so.

We demand the Ministry of Telecommunications and other government agencies refrain from blocking websites such as blogspot.com because it impedes the right to freedom of expression and the right of access to information. We also call on ISPs to increase their transparency and publish a list of blocked websites, as well as the  government agency or court that ordered the blocking, and their reasons for doing so.

Recommendations to circumvent the blocking

To circumvent the blocking, use trusted and free Virtual Private Network (VPN) apps like Psiphon and ProtonVPN. It is imperative that you use a trusted VPN, or you risk exposing your personal data to third parties.

Users should also install DNS encryption apps, like WARP and NextDNS, and ensure that the app is active at all times. On desktop versions of Firefox, DNS encryption is active by default, but the same is not true for mobile versions.