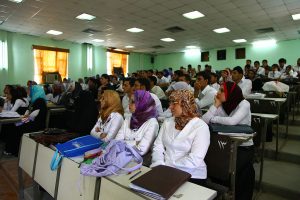 In early June, Algeria’s Baccalaureate exams were leaked, prompting authorities to temporarily shut down mobile internet access. As a result, the Ministry of Education ordered a retake of some of the exams.

During the retake, the Ministry of Information and Communication Technologies blockedsocial media platforms. Blocking social media sites or shutting down network access to prevent exam cheating is not uncommon in the region; in May, the Iraqi government ordered daily internet shutdowns lasting from 5am to 8am as a measure to stop cheating in high school exams.

For more information on Internet shutdowns and what you can do to fight them, read more about Access Now’s Keep It On project.