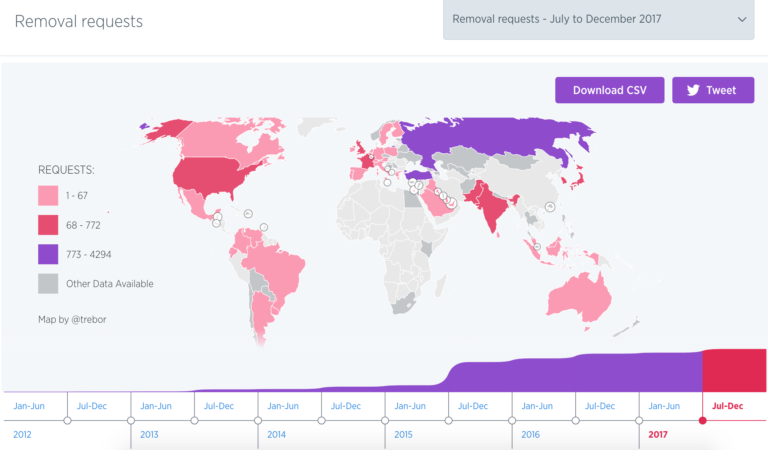 Feature image: A map displaying requests for content removal in the second half of 2017.

Twitter splits removal requests into three categories: court orders, reports based on the violation of local laws, and government reported violations of the company’s terms of service. Likewise, Twitter splits account information requests into two categories: emergency removal requests, which law enforcement can make in cases that involve an immediate risk of death or physical injury, and regular requests. When parsing the data, it is important to note that a single request can pertain to multiple accounts.

Here are the relevant trends in the MENA region between July and December 2017: