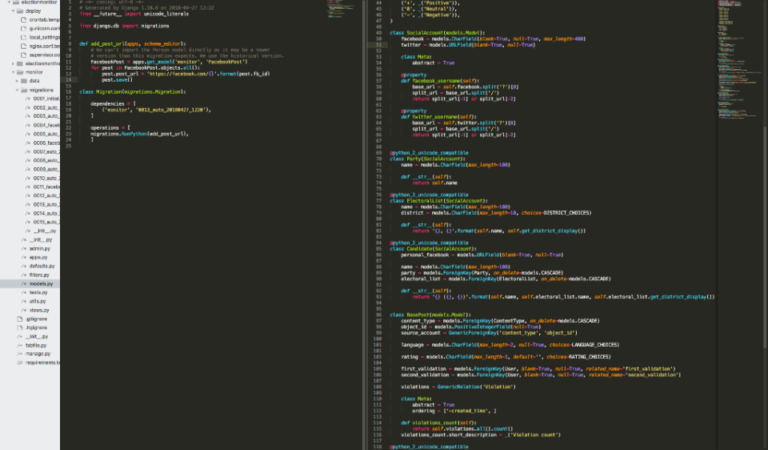 Indeed, since the last parliamentary elections in 2009, Lebanon’s internet penetration rose from 24 percent to 76 percent and internet use has increased five-fold. Mostly reliant on traditional news sources, candidates have slowly migrated to social media to campaign and disseminate their political rhetoric. Advertising rules set out by the new electoral law and applied to traditional news were not as easily adopted to alternative channels, mainly due to the absence of gatekeepers.

SMEX and LADE set out to determine the extent of negative political speech of nearly 600 candidates across 77 electoral lists and 15 electoral districts on Twitter and Facebook.

The definition of negative speech was adapted from International IDEA’s “Guidelines for the Development of a Social Media Code of Conduct for Elections.” We define negative speech as speech that encourages or hints at bribery; discourages voting; is inflammatory and spreads false narratives or lies; uses discriminatory or dehumanizing language about race, ethnicity, origin, gender, or religion; and that increases the risk of bodily harm through the use of incendiary language. For the purpose of this study, positive and neutral speech were also collected as a comparison tool.

Data collection was automated using an API specifically designed to scrape social media posts from candidates’ Twitter and Facebook platforms and transfer them to a microsite accessible for coders. Posts were collected during three periods:

Overall, 36,000 posts were collected over a period of almost 40 days. Due to the volume, 8 percent, or 3,021 posts, were randomly sampled and considered for the purpose of this study.

Findings suggested that candidates did not use social media to promote negative speech as less than 1.5% of the posts were coded as negative.The negative speech surveyed generally took a derogatory, discriminatory or sectarian tone.

However, researchers acknowledge that, due to the limitations imposed by the nature of the data collected, the findings do not necessarily mimic the reality of negative speech during the most recent elections. Indeed, although candidates’ official social media profiles did not contain negative speech per se, there was a noticeable use of negative speech on partisan media especially when it came for candidates of major political parties.

Due to the adopted methodology for this research project, negative speech made through unofficial/aligned websites, followers or influencers, party affiliated members but not candidates, etc.. Future research should take in consideration a more triangulated approach to tackle all aspects of speech as to ensure a holistic examination of social media speech during elections.