Mobile internet speeds up the Arab countries, but fixed broadband lags behind 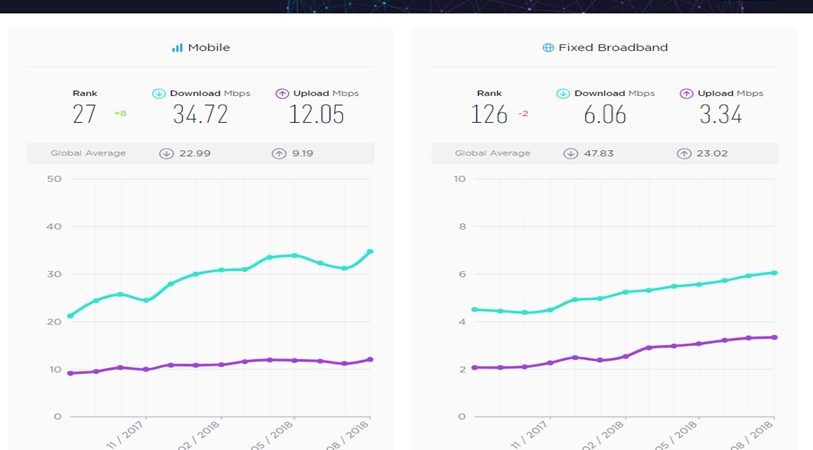 Yet, it is interesting that many of the Arab countries have improved mobile internet speed, but they rank lower in fixed broadband as Lebanon, Egypt and Algeria are towards the bottom of the list.

Other Arab countries that have taken steps forward in the mobile internet speed this month are Saudi Arabia, Tunisia, Jordan and Bahrain. Qatar and UAE also have the 2nd and 3rd fastest speeds worldwide.(See the table below)

Fixed broadband
Qatar and UAE lead the August table for fixed broadband in the Arab Region, but they registered a lower ranking globally, as shown in the table below. Similarly, Lebanon made strides in mobile speed, but has a low ranking for fixed broadband, coming in the 126th place. Moreover, Egypt and Algeria rank last in the world in fixed broadband speed. Iraq is the country that recorded the largest decline in the ranking (-8 places) between July (15.17 Mbps) and August (13.24 Mbps).

The internet disruptions and shutdowns during official exams in Iraq could be one reason.
The progress in fixed broadband speed were few and far between as Jordan, Oman, Saudi Arabia and Morocco were the only countries in the region to move higher in the rankings.