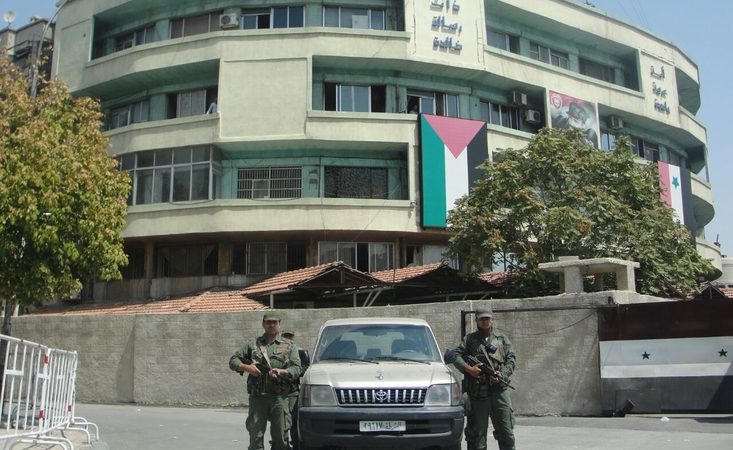 Feature image via Breaking News Syria August 7, 2017: The headquarters of Syrian Criminal Security, the apparatus that runs the Cybercrimes branch.

Update: After being approved by the Syrian parliament on March 18, 2018, the new anti-cybercrime legislation (Law 9/2018) was officially decreed by Syrian president Bashar al-Assad on Monday 26, 2018.

On March 5, the Syrian Council of Ministers passed a new anti-cybercrime bill, creating specialized courts of first instance for cybercrime-related cases. These courts are the lowest level courts (bida’iyya) in the Syrian judicial system and their rulings can be challenged at the Court of Appeal. Shortly after the bill’s enactment, the Syrian Ministry of Justice appointed 58 judges to handle these cases.

The bill amends Cybercrime Law 17/2012, which penalizes “anyone who incites or promotes crime through computer networks” with prison sentences ranging between one and three years and a fine of up to $1,500, according to the latest Freedom on the Net report on Syria (last updated in May 2017). In the past, those who violated the law were tried by any court within the judicial system or by military tribunals.

A source from the Ministry of Justice justified the passing of the new law by stating that the number of “cybercrime violations” has increased, though the government has not released an official number. While the law does not outline the scope of these courts, the government currently uses Penal Code 148/1949, Cybercrime Law 17/2012, and Media Law 108/2011 to detain those who criticize the actions of the Syrian government online.

Since 2011, the government has “detained hundreds of internet users, including several well-known bloggers and citizen journalists.” Most recently, the government charged pro-regime journalist Wahid Yazbek with “weakening nationalism,” a charge that falls under Article 285 of the Penal Code, after he criticized the governor of Homs on Facebook.

Since 2015, Bahrain, Egypt, Jordan, Kuwait, and Palestine, among other Arab League countries, have also introduced anti-cybercrime legislation under the pretense of combating cybercrime, but all of them have been criticized by human rights groups for using the law to restrict online freedom of expression.