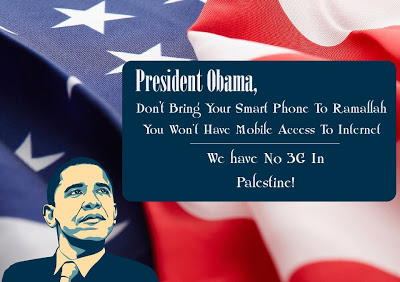 In March, Mahir Alawneh addressed the President of the United States about life under the Occupation. He ran a billboard and social media campaign called  ‘Dear President Obama’ during Obama’s recent visit to Palestine. The billboards demonstrated none of the Palestinians’ long-asked questions, nor did they touch on the boiling issues of negotiation. Alawneh based his campaign on ‘Life 101’, on what other people take for granted yet Palestinians are banned from enjoying.

His campaign generated a lot of buzz and controversy, and debates rose almost instantly. Alawneh capitalized on his campaign by encouraging young Palestinians to create and share their own messages. He believed that highlighting the everyday struggles of Palestinians could bring more support from the international community by compelling foreigners to put themselves in the Palestinians’ shoes.

The media coverage and reports following Alawneh’s billboards which ran across the region and the international world from The Daily Beast to The Guardian, showed how one single advertising tool can be pivotal to making one’s voice heard even when denied access to modern technology.

Below, Alawneh shares his ideas, goals, and the challenges he faced on developing and implementing his campaign as part of our “In the Organizer’s Eyes” series, which aims to tell stories of local and regional Arab activism. The questions are ours. The answers are the organizer’s, edited only for grammar, spelling, and sense. SMEX does not endorse any campaign, but we do encourage open, constructive discussion that advances our shared understanding of how to build the power of citizens in Arab societies.

Why did you pick this issue?
Let’s go back to President Barack Obama’s speech after his election when he said he was not going to leave his BlackBerry. If he sees that it’s one of his rights and his needs, then what about millions of Palestinians who don’t have this? There are a lot of things that are not allowed in Palestine, so if he would like to join us here, then he has to know what our life looks like.

What is your goal for the campaign?
To tell the world what our lifestyle is like, because most of the world thinks that we are living a normal life, so we chose one of our minor issues. While it’s one of the most important issues for them, it is aborted in Palestine, so if the minor issues are not allowed here, what about the major issues? Do you think Israel is willing to grant them? For sure, no. And the ideal outcome is to get sympathy from the whole world, and let them know the real kind of life here.
Who is your target? What do you want them to do?
The Americans and Europeans because [3G connection] is a major issue for them and they know the real effect of this issue on their lives. If they are looking to ensure democracy all over the world, let them fix our lifestyle in Palestine, and that may help to change the major issues.
Who are your online audiences? What do you want them to do?
Again, the whole world, and I want them to share it. I want the world to know that what you have in your country as a right and a need is aborted here in Palestine.
What tools did you use and why?
Adobe Illustrator, as well as Facebook and Twitter.
I used Obama’s visit to tell the world what’s happening in Palestine, because it’s one of the most important things when the president of the most powerful country in the world visits yours, and the media will be everywhere, so we can send message and the whole world will listen to it.
Does this campaign connect online with offline and if so, how and where?
Sure. After we published it using the social media, most of the TV stations and all types of media came to us to ask if it was true, and they transferred it from online to their people everywhere through TVs, the radio, newspapers etc.
How long was the campaign?
We published our campaign two weeks before President Obama’s visit.
How much did it cost, if anything? How much time did it take to launch and maintain?
Sure, it cost us time and money: time to design and publish it, and some companies from the private sector helped us print the billboards all over the city of Ramallah. Then when President Obama said he would go to Bethlehem, we did the same there. The companies who helped us are not related to any of the cell operators, because I will not convert my idea into a commercial one, as I am talking about our country’s quality of living.
How are you promoting the campaign?
Word of mouth, social media, Facebook shares, billboards, and then all types of media all over the world.
Did you need any special technical, graphic design, or content production skills to execute your campaign? If so, what were they?
None. It was only me and two of my friends. We were sitting in a café and came up with this idea because when Bill Clinton and George W. Bush came to our country, none of the Palestinian people used their visits to send to the world a message.
Are you working with other organizers? Partners? Donors?
No, I have my own company called Codemation, which I founded seven years ago, and I work as a new media consultant.
What challenges did you face?
Our people in Palestine did not accept it at first because they believe that there are more major issues in Palestine that we should talk about, and I agree 100 percent. But most of the world knows about the major issues, but they don’t know about our suffering here, so we took the 3G issue as a symbol of how Israel controls everything in our life.
What considerations might have stopped you from leading this campaign?
None, because here in Palestine we have freedom of opinion.
What can the community at large do to help you reach your goal?
Just to share it to tell the world what our life is like.
What progress have you made?
I got sympathy from the whole world, and now they know how Israel controls aspects of our life.
How are you reporting back to your supporters on your progress?
By using social media, Facebook, Twitter, and YouTube; I upload every article written about this subject.
Do you have any advice for other organizers?
I believe everybody has his own idea, so go on and don’t keep it in your mind. Share it with others and let the world know what you think and feel. But don’t destroy any idea because you didn’t like it or you think another is better, it will be better if you do it.
Are we missing any links?
My story was to tell the world how our lifestyle looks like, and we send several messages. Another message I shared publically using the same means was, “President Obama, come early to your meeting in Ramallah. It may take you two hours to cross Qalandia checkpoint.” What the others don’t know about Qalandia checkpoint is it’s only 20 meters long and you spend more than two or three hours to cross it, but the foreign media didn’t care about this message too much because they don’t share this issue in their lives. 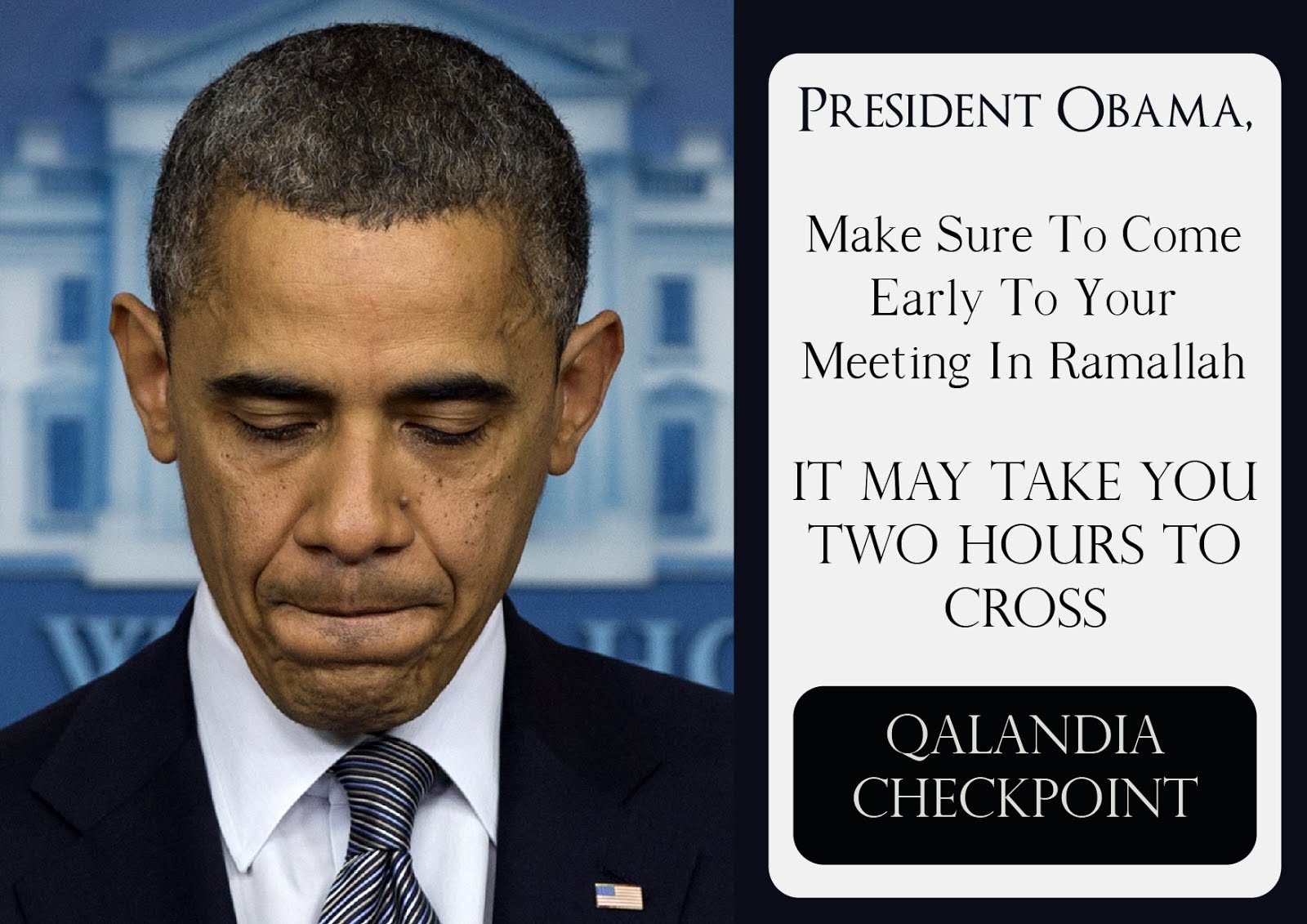 Rayane Abou Jaoude's passion lies in reporting, social media, and human rights advocacy, making it inevitable that she would become a supporter of SMEX. With an MA in English Literature from the American University of Beirut, she now works at The Daily Star and has previously worked as a freelance journalist, teacher, Model United Nations director, as well as having volunteered with a number of NGO's.