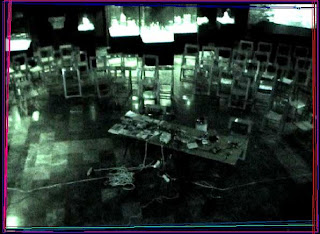 The Beirut Street Festival has been celebrating art and culture by bringing performance to the street since 2002. Out-of-doors and free-of-charge, the festival started early this September and will continue till the end of November.
What caught our attention this year is a project by the Æther9 group titled: “When Antennas Convert Love in Space–A Remote Real-time”.
Developed by an international group of visual artists and collectives working in a dozen of different world locations, and communicating primarily through the Internet, Aether9 creates film by exploring the field of synchronized video transmission. Also know as remote real-time storytelling, Aether9’s project will tell a story with footage taken from different locations around the globe that will be transferred through the Web, live, to a huge screen located in Hamra.
Participants include “aethernauts” working their creations from Beirut like Laure Deselys, Samir Youssef, Joe Elias, Zoe Judell as well as visual artists from New York, Geneva, Medlin, Rotterdam, and Los Angeles. This collaborative art project will take place in Sarroulla Center, Hamra Street, on September 28 at 9:30 p.m. and simultaneously on http://1904.cc/aether/ .