A Statement Demanding the Release of Hassan Saad 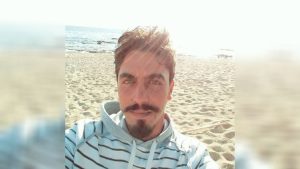 On Saturday, Jan. 28, 2017, the Lebanese Army Intelligence arrested a young man named Hassan Saad after summoning him for interrogation at the Mohammad Zgheib police station in Sidon over a Facebook status he posted on his personal account on Jan. 17.

He has since been charged with contempt of the presidency in accordance with Article 384, which is punishable by up to two years in prison. The first session of the trial is set for Feb. 2.

The Lebanese Constitution guarantees freedom of opinion and belief in Article 8, which states that individual liberty shall be guaranteed and protected by law, and in Article 13 that mandates the freedom to express one’s opinion orally, or in writing, and the freedom of the press. For this reason, we, the undersigned:
Demand that the Lebanese judiciary immediately release Hassan Saad, drop the charges against him, and consider his writings to be just a personal opinion.

Urge the president to work to repeal Article 384, which punishes contempt of the presidency by six months up to two years of imprisonment.
Call on journalists, activists, and defenders of freedom of expression to participate in the solidarity vigil in front of the Palace of Justice in Sidon on Thursday, Feb. 2, at 10 a.m.

The continued violations of the freedom of expression through disproportionate, inconsistent, and unrealistic penalties is dangerous, and misguided — socially, ethically, and legally. It creates unjust surveillance, unseen even in underdeveloped countries that we claim not to be a part of!
Genuine nationalism is expressed by defending the constitutional rights of citizens and regarding them as national shrines. Lebanon’s freedom is measured by its ability to protect various and diverse views. This is the freedom that we all seek, preserved by the Lebanese Constitution (articles 8 and 13). So where is the constitution, its preamble, and articles on personal and individual freedoms in this and other similar cases?