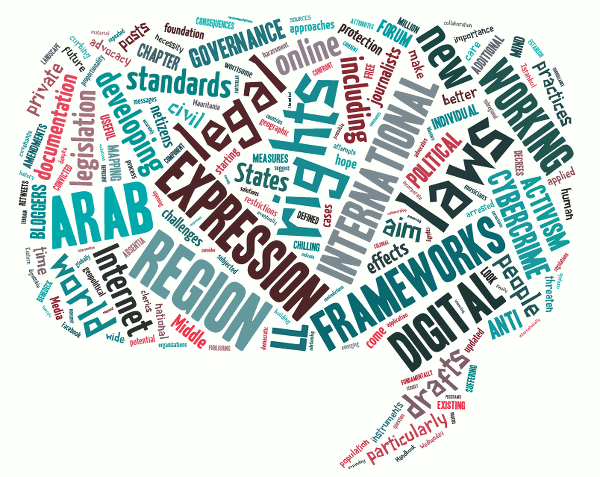 With the rise of citizen media, Arab regimes are establishing new legal frameworks to govern free speech and other civil and political rights online. In amended press laws, new counter-terrorism and anti-cybercrime legislation, and enhanced surveillance tactics, governments are violating the rights of journalists, bloggers, and activists, as well as musicians, teachers, clerics, and other ordinary netizens, threaten a future even more restrictive than the past.

To better understand this threat and the potential for countering it, SMEX is gathering legislation affecting digital rights in Arab countries and documenting relevant cases being prosecuted under those laws. We launched this effort in 2013 with support from Hivos’ IGMENA program, aggregating relevant digital-rights legislation for six Arab countries (Egypt, Iraq, Jordan, Lebanon, Syria, and Tunisia). In 2014, we continued this work with research into the modern history of restrictions on free speech in the region and to identify emerging trends. We’re currently blogging our findings in our Working Drafts series.

Ultimately, we envision an open, cross-referenced dataset of laws and cases that will help not only advocates but also journalists, businesses, and government officials working to expand free expression and other digital rights in the region identify patterns and respond to challenges as they emerge.